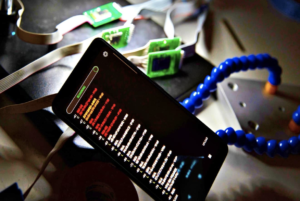 Reaching over $28 billion in 2020, the card fraud industry has become increasingly sophisticated, and gas pumps have become prime targets for criminals to steal information. Swipe your card to pay for gas and within seconds, your consumer credit and debit card data can be transmitted by Bluetooth devices called skimmers and used to print fake credit cards. However, thanks to Bluetana, we may not have to worry about this anymore.

Developed by a team of computer scientists at UC San Diego and the University of Illinois, Bluetana is an app created with technical input from the United States Secret Service that can detect skimmers. Compared to similar apps, Bluetana discovers skimmers at a much lower false positive rate. In fact, in one year of operation, Bluetana has detected 42 Bluetooth-based skimmers in the U.S.—two of which had evaded detection in gas pumps for six months.

And according to Kirill Levchenko, “Bluetana is not the last word. As criminals evolve, our techniques will need to evolve also.”