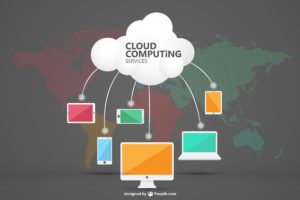 Yet again, Stefan Savage and his colleagues were awarded the Test of Time Award from the 2019 ACM Conference on Computer and Communications Security for a 2009 paper titled “Hey, You, Get Off of My Cloud: Exploring Information Leakage in Third-Party Compute Clouds.” As detailed in the paper, third-party cloud computing’s use of virtualization introduces many new vulnerabilities. However, the team suggests various approaches for mitigating the risk introduced by third-party cloud computing.

According to Savage, this paper, along with two of his other papers that also won Test of Time Awards, “reflects a notion of being open to investigating interesting problems and working as a team…UC San Diego has always been a place that’s very welcoming to people who work well on teams—and I am one of those.” Clearly, Savage’s collaborative research in the field has had a long lasting impact; another one of Savage’s projects is also featured in “Click Trajectories: End-to-End Analysis of the Spam Value Chain.”